Pauline Batstone experiences a week of goodbyes and new beginnings in Sturminster.

Last week Stur Library users, volunteers and staff said “goodbye” to Sandy Roberts, the long serving Manager who retired on Thursday 8th November.   Sandy had a day of presentations, flowers and cakes.   In the afternoon volunteer Katherine O’Riordan produced a superb array of cakes with a literary theme….. pumpkin pie from Ann of Green Gables, a highly concentrated chocolate cake from Roald Dahl’s “Miranda”, the Queen of Hearts tarts from Alice through the Looking Glass, quince tart from “The Owl and the Pussy Cat”…..and more….    Sandy was also presented with flowers and gifts from her colleagues and more flowers (courtesy of Daisy Delbridge of Market Cross) from the Friends of Stur. Library. 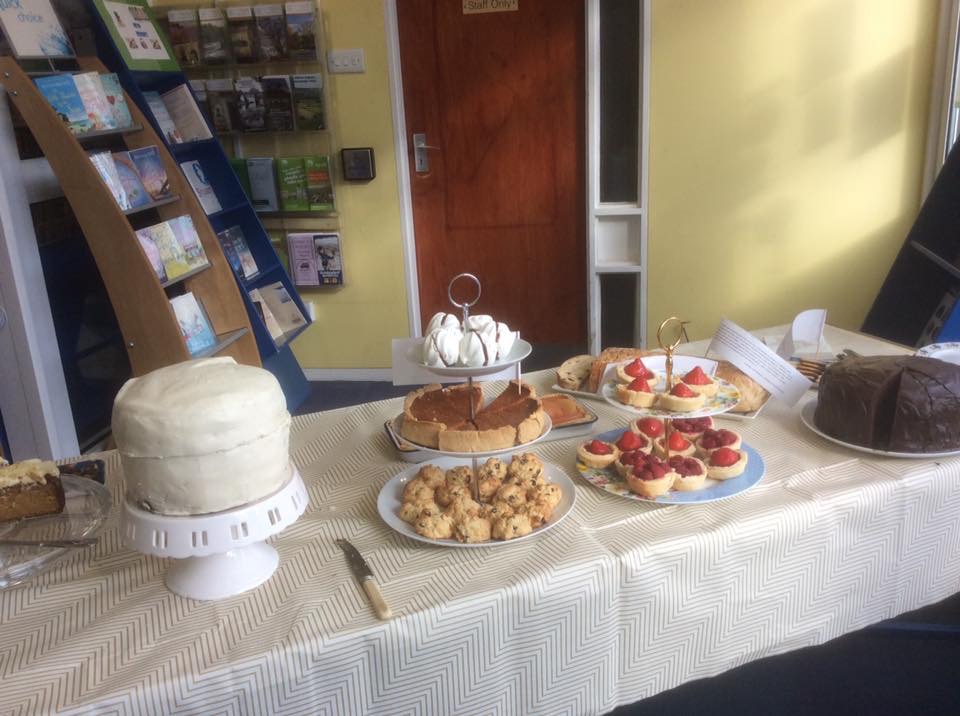 Currently there is no successor for Sandy and Rosanna and Sarah will be taking on the responsibility of managing the library between them until a new person is appointed.

A new beginning for the Library

This all happens as the Library Service raises its profile in Dorset.

Soon our libraries will let you:

Enjoy events such as the “meet the author” evenings put on by the Stur. Friends of the Library

Use the building to bring children, mums, older people especially isolated men, in for activities

Host other meetings and generally be a welcoming resource for the community.

It will require a special sort of person to achieve all this in Stur. but we are already a long way there due to the work of the existing library staff Rosanna and Sarah and the input of the Friends of the Library.

The County Council will soon cease to exist

Dorset County Council is to be replaced on 1st April 2019 by the new Dorset Council, incorporating the work of the County Council and the District Councils.   The aim is to provide a more efficient, effective and economic organisation for the 21st century, making maximum use of modern ways of communicating.   In the meantime, both the County and District Council have to continue with business as usual whilst trying to set up the new organisation Matt Prosser, the Chief Executive of the Dorset Councils Partnership has been appointed as Chief Executive of the new Dorset Council.  The next stage is to appoint those staff immediately below him, which will be happening during December.  This is an exciting opportunity to create a new entity to serve the people of Dorset, although financially these are difficult times.   The major challenges facing the Dorset Council are – the growing bill for supporting children and families, the even more growing bill for taking care of our ageing population and trying to keep our roads infrastructure in working order. Austerity may officially have ended but money for local authorities will still be tight. The government’s aim is to make local authorities more self-sufficient with income from Business Rates, Council Tax and commercial activities, but that is easier said than done, not least because of the constraints government places on this.  What we are good at in Dorset is applying for specific grants and this week Dorset was awarded £6 million for road repairs.

A new residents association for Honeymead.

Another new beginning which I attended was the first meeting of what may become the Honeymead Lane and Northfields Residents Association, open to anyone living in that area or the roads around.   This initiative has been taken by local residents Paul Skivington and Cllr. Luisa Chater who want to give a voice to people in that area concerned at the proposed housing development in North Honeymead and its impact on local roads and amenities – see the facebook page “The Honeymead and Northfields Residents Association.   Residents are advised to write to planners at North Dorset District Council to give their views, negative or positive on the proposals in the recent consultation document produced by Intelligent Land. 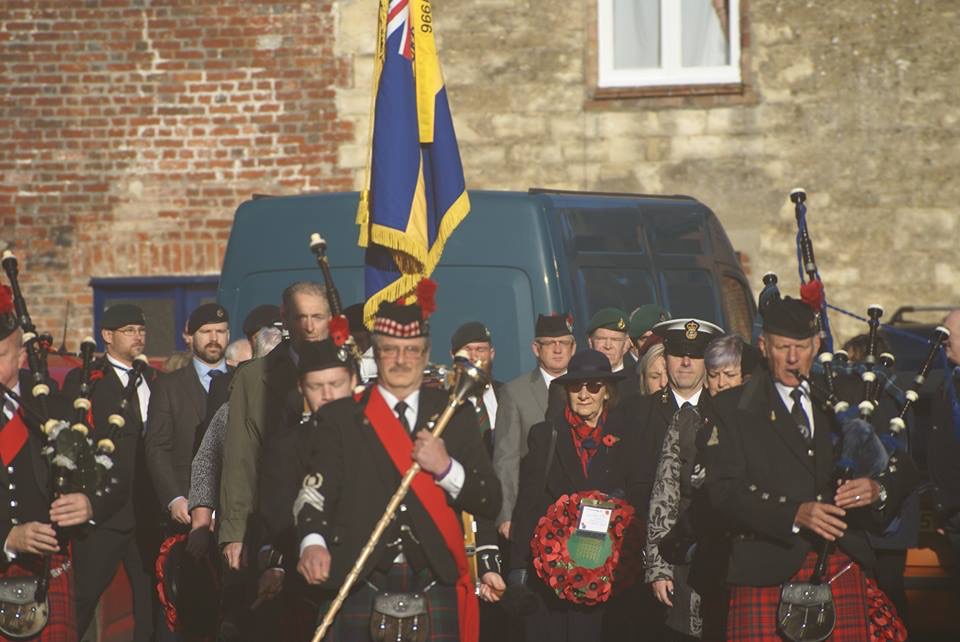 Finally I was privileged to be part of the Remembrance Day events in Sturminster on Sunday 11th November, commemorating the lives and sacrifice of all those who died or were injured in war from our town.   The Royal British Legion created a tremendous show to commemorate the  100 years since the ending of WWI.   Taboo Theatre also put on a very moving and thought provoking play “Rage, Tears and Cider” based on local people and written by local playwrights.

Jacqui Wragg has put together this amazing history of the early years of the Swan Inn / Hotel. Marvel at where

A day in the life of “Agnes and Vera”

A timely reminder on fire safety at Christmas