Pauline is bugged by people who litter 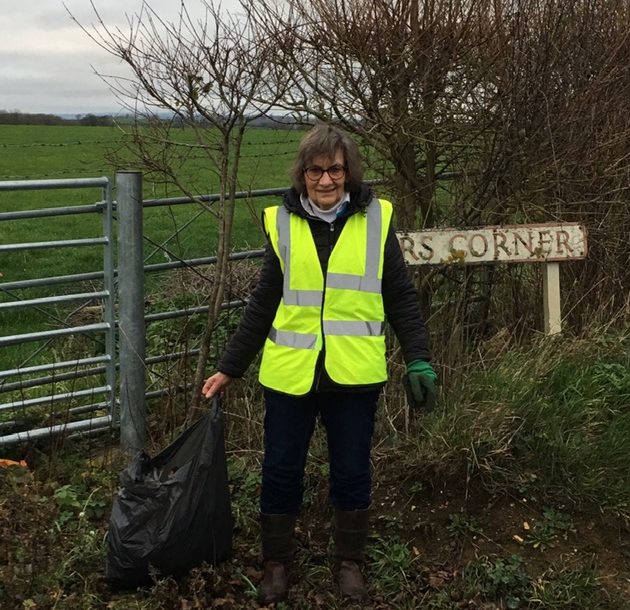 Pauline’s 5th blog this year in which our trusty campaigner makes clear here annoyance with those if us who defile the countryside with our casually discarded rubbish.

I have just completed my County Councillor’s Report on my activities in December 2018 (on my Councillor’s facebook page) and have just realised why I felt so tired when it got to Christmas and why hardly anyone got Christmas cards from me.

Most importantly, what is really exercising my mind because it annoys me so much, is our problem with litter which absolutely mars our beautiful countryside. I spent three hours just litter picking between Rivers Corner and Salkand Bridge and collected six bags of assorted cans, bottles, crisp packets, chocolate wrappers, one wellington boot and two used baby’s nappies (outside of Cool Play – not the image I would have thought Cool Play would want). I guess there are another couple of bags worth in the hedges and ditches which I could not get to. Must invest in some long handled grabbers.

What is reassuring is the response from a number of people who also take the time on walks to pick up litter. When I walked up to Sturminster on New Year’s Day I met an older and frail looking lady with a walking frame who was putting a couple of handfuls of litter into a bin – she told me she had just picked it up on the Trailway. Other friends have said they would do more litter picking if they had grabbers to pick it up with….. so now I know what to give them for their birthdays………

I do not know what the answer is…. Yes, get the message out through our schools, not least because children can influence parents. But it is not children who are throwing this stuff down, its generally, I would guess from the content of the litter, young adults who like their energy drinks, MacDonalds takeaways, KFC and beer, which I suspect often comes out of the window of a passing car.

Part of the answer must be maximum publicity to emphasise how unacceptable this is… basically its just gross. It gives a dreadful impression of our beautiful area to visitors ….. For example my Australian friends have frequently queried why we don’t have pride in keeping it tidy and why we allow this to happen. There have been efforts to recreate the “Keep Britain Tidy” campaign on a more local scale but I don’t think it has really impacted.

And a happy New Year to all our readers…. 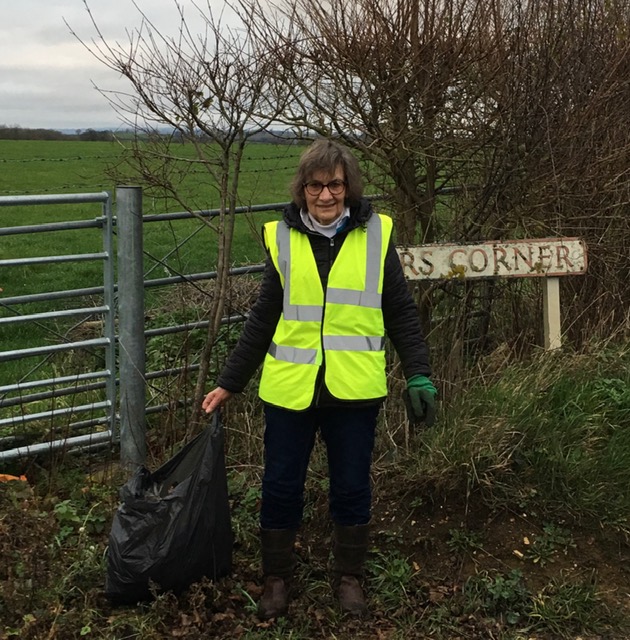