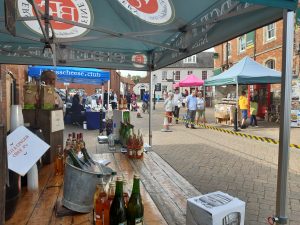 Sturminster came alive on 12th September as a Producer’s Market took over the town pedestrian areas. Over 500 people enjoyed tremendously good weather, great market stalls and a craft fair in the Exchange – its first event of note for months!

Retailers turned out to support the fun with many shops opening specially to make sure we all put our best foot forward.

Research on the day showed that there was an overwhelmingly positive attitude to things on the day. 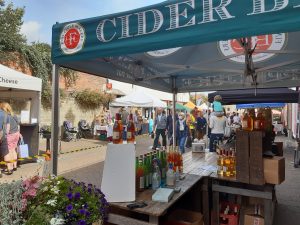 In recent weeks Sturminster has been making all out efforts to overcome the damage done to its economic activity during the CO~VID lockdown. Almost all our shops have re-opened.

To cap it all the Town’s built environment has been greatly enhanced with the new seating area by the museum and a late show of the Town’s planters maintained by Adam and his council team.

Voice of the Church December 2020

“God rest you merry, gentlemen, Let nothing you dismay.” Christmas is going to be rather different this year, it seems.  As

SEDSL – Who are they, what have the done so far? 2018 saw the start of Sturminster Newton Economic Development Society